Skip to Content Jump to Main Navigation Skip to Search

You Are Here: Use of partial metallurgical injection to control the solidification forces in fusion welding processes

While in the literature the LTT effect is mostly investigated in the arc process, subproject A07 has proven in the course of SFB 1120 that this effect can also be successfully used in the beam welding process.

In phase 1, the LTT effect was demonstrated in electron beam and laser beam welding. In phase 2, the influence of different alloy compositions on the built-up residual stresses in the component was quantified and a reduction in component distortion was demonstrated. Here, special filler wires were not used as in the literature, but the desired alloy composition was produced by mixing dissimilar materials during welding in the molten pool itself. The effect could be demonstrated not only in a structural steel but also in an austenitic steel.

In phase 3, the focus is on the process control of martensitic phase transformation for targeted thermal strain control in the beam welding process. This is supported by numerical structure simulation in order to specifically address the temperature range by means of martensitic transformation, which is decisive for the residual stresses that determine precision. 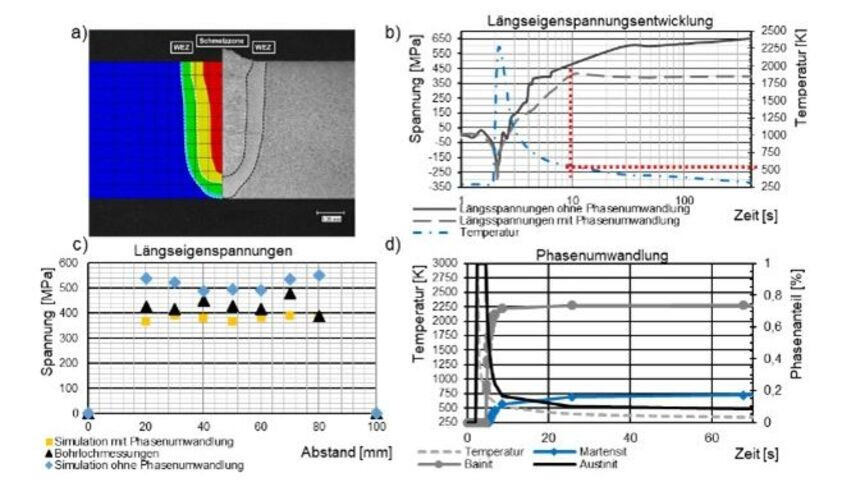 Investigation of the volume expansion behaviour of LTT alloys

If the Ms temperature is shifted to low values, the amount of compressive stress build-up also changes. In order to investigate the influence of different transformation temperatures on this, varying alloy compositions were created with different filler wires. Subsequently, residual stress measurements were carried out using the drill hole method, Figure 2 left. It was found that with higher alloy content, the compressive stress build-up becomes increasingly larger. Dilatometer samples were created from samples melted in the furnace and the martensite start temperature was measured, Figure 2 right. The compressive stress level increases with increasing strain, but it can be observed that from 200 °C and below the expansion increases only minimally. A further reduction of the Ms temperature above this temperature would therefore no longer make sense. 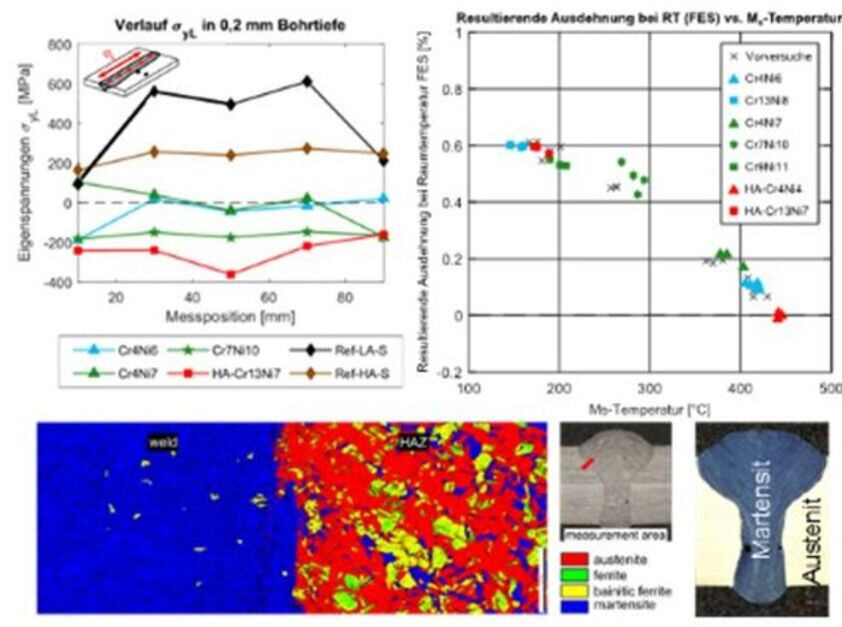